Last Wednesday, at the birthday barbecue of Archie Hamilton, head honcho of Split Works (the concert promotion agency that has brought Sonic Youth, Handsome Furs, Battles, and many other fine ensembles to Shanghai), I was boasting to Sean Leow, head honcho of NeoCha (hip Chinese social networking hub), about the fantastic Ghanaian peanut sauce I had made the night before. Shortly afterwards, I made a lunge for a chicken wing and sprained my ankle. Archie set me up with cushions on the pavement, and everyone started bringing me drinks and chocolate cake out of sympathy. It was awesome. I saw a doctor and had an X-ray taken, and thankfully nothing’s broken, but I’ve got to take it easy for a while. The doctor prescribed the RICE treatment: Rest, Ice, Compression, and Elevation. Nice mnemonic!

Anyway, before I took a dive, I promised Sean the recipe. Here it is as I received it from my mom, who got it from neighbors when my folks were living in the remote village of Gbintiri, in Konkomba country, northern Ghana in the late 90’s.

Add:
Cooked beef, pork, or chicken, and simmer in sauce.

Here are the bachelor addendums I’ve developed over the years:
–I found Adams natural peanut butter to be ideal, close in consistency to the ground peanuts used in the traditional recipe, none of those nasty Skippy additives and emulsifiers.
–I put fresh chili peppers in with the onions and garlic and oil in the first step. Four of those little red Chinese peppers usually work for me. Sometimes I skip the garlic, in fact.
–I usually add meat after the onions have started to brown; yeah, I know, this means it doesn’t brown as nicely, but it’s less hassle than browning the meat first, then taking it out of the pan, then doing the onions, garlic, and peppers, and adding the meat back later.
–I would never use tomato paste instead of fresh tomatoes, but sometimes in arid northern Ghana, fresh tomatoes aren’t available.
–Brown rice works just as well as white rice.
–For me the ideal beverage accompaniment is bottled Guinness (not one of those fancy nitrogen-infused cans), which is widely available in Africa.

There ya go! Easy, yummy, nutritious, cheap. This was one of the five bachelor dishes I would rotate back in Seattle, along with burritos, beans and rice, creamed tuna on toast, and pasta with marinara sauce. Lemme know if you need those recipes. Actually, I can’t do burritos as efficiently in China, but the others are still in pretty heavy rotation. 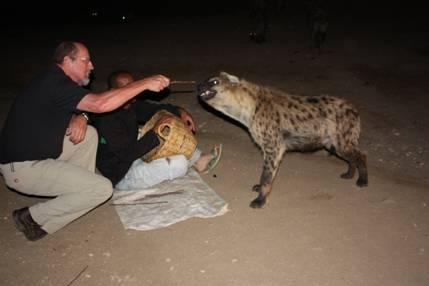 My parents are so badass!